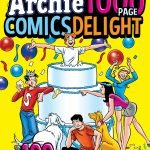 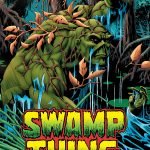 The comics you thought you’d never see return! Stan Lee—the legendary co-creator of Spider-Man, the X-Men, the Avengers, and the Marvel Universe itself—joins forces with an elite squad of comics’ most talented artists for all-new, all-different versions of the DC Universe’s most iconic heroes!


Picking up where Book One left off, Just Imagine Stan Lee Creating the DC Universe Book Two is a treasure trove of bold new ideas from one of the medium’s genuine visionaries. And he’s not alone: all-star artists John Byrne, Gary Frank, Scott McDaniel, Chris Bachalo, Walter Simonson, and John Cassaday team with Lee for incredible reimaginings of Aquaman, Catwoman, Shazam, and more! A must-have for any fan of the superhero genre, this incredible volume also features behind-the-scenes commentary from the artists on what it was like to collaborate with “The Man” himself!

Known to comics fans everywhere as the man whose superheroes made Marvel Comics a force in the comic book industry, Stan Lee’s co-creations include Spider-Man, the Incredible Hulk, the X-Men, the Fantastic Four, and Iron Man, as well as hundreds of others. He introduced Spider-Man as a syndicated newspaper strip that has appeared in more than 500 newspapers worldwide.