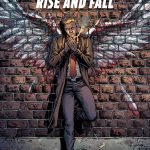 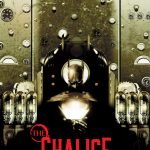 The shadows of the bayous in Louisiana hold a terrifying secret. Inside them hides a creature seen only in fleeting glimpses…a twisted, vegetative mockery of man…a SWAMP THING.

Created by legendary writer LEN WEIN and artist BERNIE WRIGHTSON, this shambling, muck-encrusted figure swiftly became one of DC’s most iconic characters during the Bronze Age of comics, and his shocking stories have become classics in the gothic horror genre. In this brilliant collection, Swamp Thing is joined by the Phantom Stranger as he goes up against an electronics genius–before having to face off against Anton Arcane!

Martin Pasko has worked for many comics publishers and is best known for his work with DC Comics over three decades. He has written Superman in many media, including television animation, webisodes, and a syndicated newspaper strip for Tribune Media Services, as well as comics. In the 1980s he worked as a writer and story editor on TV series including Buck Rogers in the 25th Century, Fantasy Island, Max Headroom, and Roseanne, as well as animated series including Thundarr the Barbarian, Teenage Mutant Ninja Turtles, Batman: The Animated Series, and more.

Be the first to review “Swamp Thing: The Bronze Age Vol. 3” Cancel reply