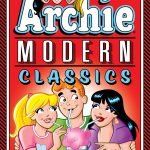 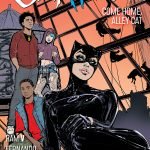 Destined to become the most powerful magician in the universe, will Tim Hunter end up the greatest sorcerer the world has ever known? Or the greatest evil that the universe will need to stop?

In the wake of October’s The Sandman Universe Presents Hellblazer #1, John Constantine is loose in our world again–and unfortunately for Tim Hunter, he’s convinced the only way for the human race to survive is if Tim is taken off the board. But from where Tim’s standing, he’s the only one with the power to save us all. Who’s right? Who’s wrong? And is there room in London for the both of them? The scribes of Books of Magic and John Constantine: Hellblazer square off to tell both sides of the tale!

The Sandman Universe is a new series of books curated by Neil Gaiman for DC Vertigo. Conjuring epic storytelling and immersing readers in the evolving world of the Dreaming, the Sandman Universe begins anew with four new ongoing series, existing in a shared universe, building upon Gaiman’s New York Times bestselling series that lyrically weaved together stories of dreams and magic.

From acclaimed author Kat Howard (Roses and Rot, An Unkindness of Magicians) and artist Tom Fowler (The Unbeatable Squirrel Girl, Hulk: Season One, Rick and Morty), Books of Magic picks up right where Neil Gaiman left off in 1991!

Kat Howard is the author of the novels Roses and Rot, a 2017 Locus Award finalist, and An Unkindness of Magicians, an NPR Best Book of 2017 and 2018 Alex Award winner. Her most recent story collection, A Cathedral of Myth and Bone, which includes short fiction that has been nominated for the World Fantasy Award and performed as part of Selected Shorts, was released in January 2019.

Bestselling author Neil Gaiman has long been one of the top writers in comics, and also writes books for readers of all ages. He is listed in the Dictionary of Literary Biography as one of the top 10 living postmodern writers, and is a prolific creator of works of prose, poetry, film, journalism, comics, song lyrics, and drama. Gaiman’s work has been honored with many awards internationally, including the Newbery and Carnegie medals. His books and stories have also been honored with four Hugos, two Nebulas, a World Fantasy Award, four Bram Stoker Awards, six Locus Awards, two British SF Awards, a British Fantasy Award, three Geffens, an International Horror Guild Award, and two Mythopoeic Awards.

Be the first to review “Books of Magic Vol. 3: Dwelling in Possi” Cancel reply